The Past among Us: The Persistent Origin 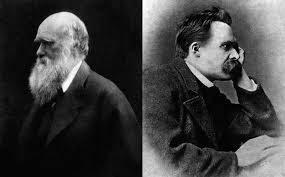 It has always been in the interest of human being to find out the origin of our existence. Although the presence of religion has attempted to provide some consoling answers, but actually the question itself is more than just about belief and search of consolation. People often ask why on earth we have come into the very state of human itself as of today, and yet we consist of different races and cultures despite being told that we came from one single human being. People ask how traditions and societal norms have become the accepted custom and thus practiced widely within society no matter how illogical they are. We ourselves wonder why we establish a certain kind of political system along with the law and moral standard regulated by the authority.

Charles Darwin set himself into a journey in his search for the answer. He observed various species from various areas. He took notes of the similarities and differences among species he found. He studied the behaviors of those species and compared them to each other. Eventually he found the trace of past in his present time, and most of all, he saw how even humans are related to all of those animals and plants out there.
READ MORE »
Posted by Liswindio No comments:

Progress of Civilization in History of Modern Era: The Legacies of Rousseau and Flaubert 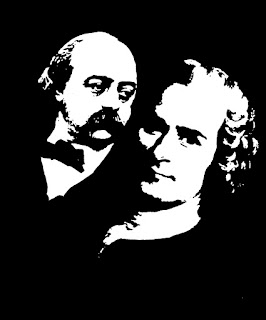 According to Lange MM (2011), philosophical proponents of progress assert that the human condition has improved over the course of history and will continue to improve in terms of the increasing of human well-being over the long term. The progression itself can be defined widely such as having improvement in science and technology, freedom, good quality of life, education, and economic situation; in short, progression is about achieving equality for life opportunity and prosperity among people.

However, the segregation of social class prior to Enlightenment era made it difficult for equality to be established. The distribution of wealth only went to the aristocrats, and the peasants lived only to serve the rich people. This situation was affirmed by the religious institution that they participated in state affair by supporting the position of the aristocrats instead of standing up for the poor. 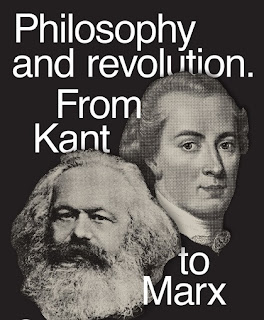 According to Kant, Enlightenment is man’s emergence from his self-imposed immaturity, which he further explained as the inability to use one’s own understanding without guidance from another. Quoting Horace, he believed that people are supposed to “dare to know”, having courage to use our own minds mainly to develop the knowledge of science and arts.

This thinking of his might have stemmed from the situation he faced and had observed in its relation to the so-called Dark Age. Through Enlightenment, people can pursue progress in civilization and responsible liberty, which is in contrast from the Dark Age. Back in the Dark Age, people were dictated by the rigid biblical interpretation and Church authority that hampered them from progressing in science and arts. Moreover, the segregation between the aristocrats and peasants caused big socioeconomic gap that would affect many aspects of daily life including education and health.

The idea of Enlightenment that encourages people to think independently and also to learn about science and arts is the core cause that will in long term liberate peasants from their suffering by striving for prosperity and their rights and thus improve their quality of life.
READ MORE »
Posted by Liswindio No comments:

A Letter About Justice: Our Quest of Truth

Below is originally written as for assignment required to finish a course in Coursera, Ancient Philosophy: Plato & His Predecessors. (finished on June 5th 2018)

To my fellow born-again ancient Athenians,

Our pathways may have diverged into branches that we won’t be able to recognize each other by the end of this journey. We have sought answers to so many question marks popped up in our heads, but I doubt if we ever truly find them. The best possible choice available to us is, as Plato said in one of his Socratic works, by recollecting the innate knowledge that our souls originally recognized but have forgotten.
READ MORE »
Posted by Liswindio No comments:

How Feminism in My Family Has Shaped Me 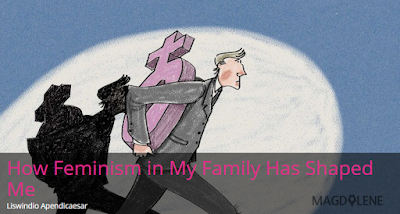 This piece was published in Magdalene.co on May 31st, 2018

I would not have realized how feminism has been internalized so much in me if I had never been asked by those who read my book why most of the short stories I wrote are about women and their fights although I’m a male writer.

At first I didn’t know the answer. I also wondered why I subconsciously made those choices for my book. My first guess was because of my nine years’ involvement in English debate tournaments, where equality for all had always been one of the hottest topics debated. Then one day I had a book discussion with Feby Indirani, author of Bukan Perawan Maria (Not Virgin Mary), and she told me: “Who and what you truly are will be reflected in your writing.”